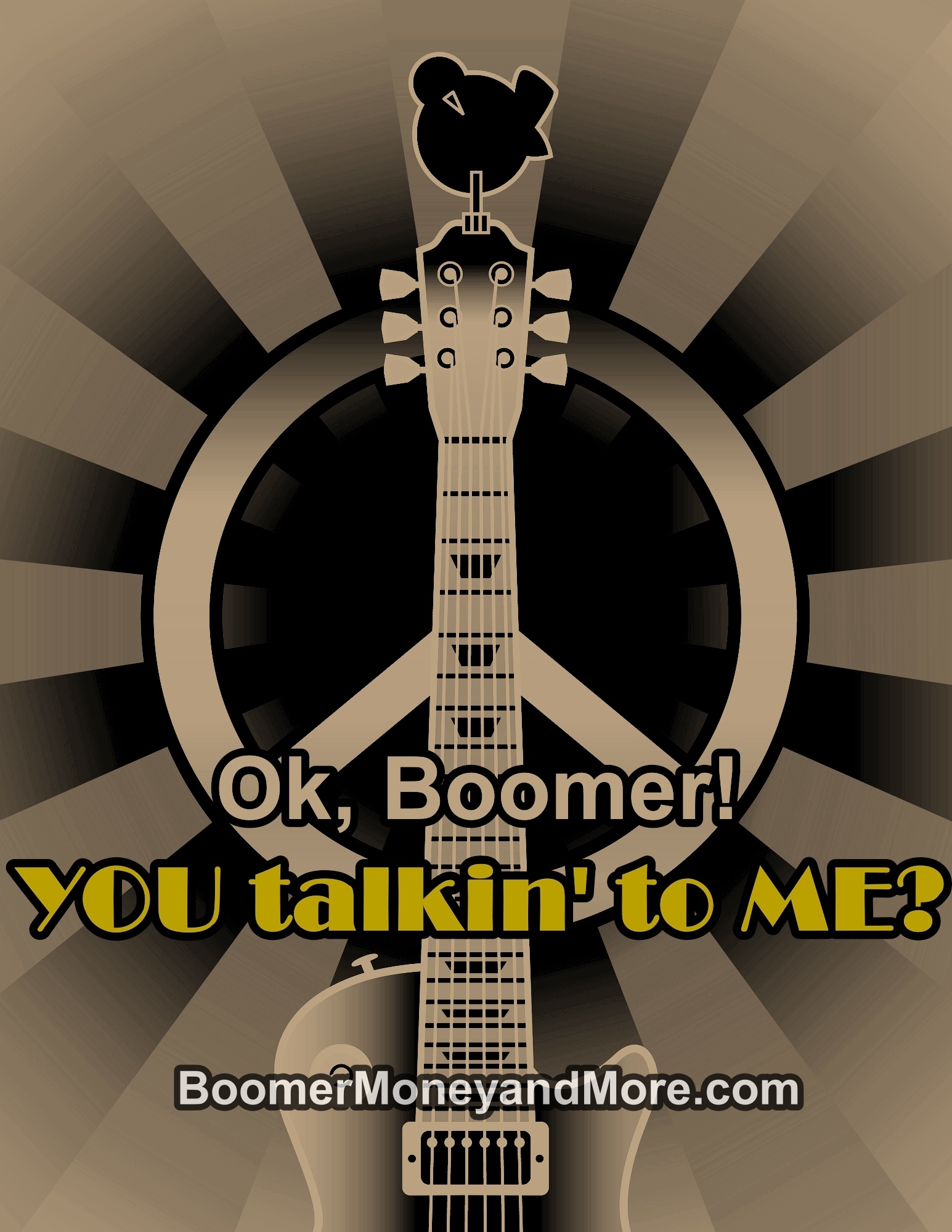 The takeaway:  Ok, Boomer?  Better than ok!  Here’s the evidence for how we Boomers have changed the world–and we’re not done yet.  Despite the age-shaming–which we invented by the way–we’re rooting for you, Gen Z.

When I walked past you, I pretended I didn’t hear you.  But I did.

“Ok, Boomer.  Have a terrible day.”  Then your friends laughed.

But the psych grad in me feels like you’re trying to blame and age-shame 76 million Boomers—nearly a quarter of the U.S. population.

I’m just not sure your best look is blame and ageism.  Know what I mean?

I mean, we Boomers are pretty much like the rest of the country—evenly divided on the issues of the day.  And speaking for my half of 76 million Boomers, we’re as heartbroken as you are about:

(Would it be wrong for me to want to be one of these eight?  Just kidding—sorta.)

Seriously, I can’t argue with you, Gen Z.  It’s awful.  Things do seem to be on the skids.

We haven’t (yet) solved these problems.  But before you blame and age-shame 76 million Boomers, you might first…

Just kidding about Lassie–although she was a Boomer in dog years. 😎

For everything else, you’re welcome.

These achievements are only a subset of well publicized Boomer innovations, first reported in Reuters, and expanded elsewhere.

No problem.  We Boomers were always hard to impress, too.

How about a shout-out to the millions of Boomers who pushed forward:

And don’t even talk to me about why you can now vote at 18.  And why you’re no longer involuntarily drafted into the military.

Even when our youth forced us to lead from behind on some of these issues, we took to the streets, held sit-ins in on campuses, and were the engine that fueled these changes to happen.

All without social media!

In short, we were the influencers of our day.

Yes, there’s still work to be done.  But believe me, it’s a boatload better than it ever was.

Now how about you match us in these accomplishments?

After all, you’re the influencers now.  Now is your moment.

Your gifts are too great to squander on blame and age-shaming.

Here’s the thing:  it hasn’t been day at the beach for any generation.  Yours is no different.”

Your time is now.

The world is waiting for the gifts you bring.

Have a great day.

I know I will.