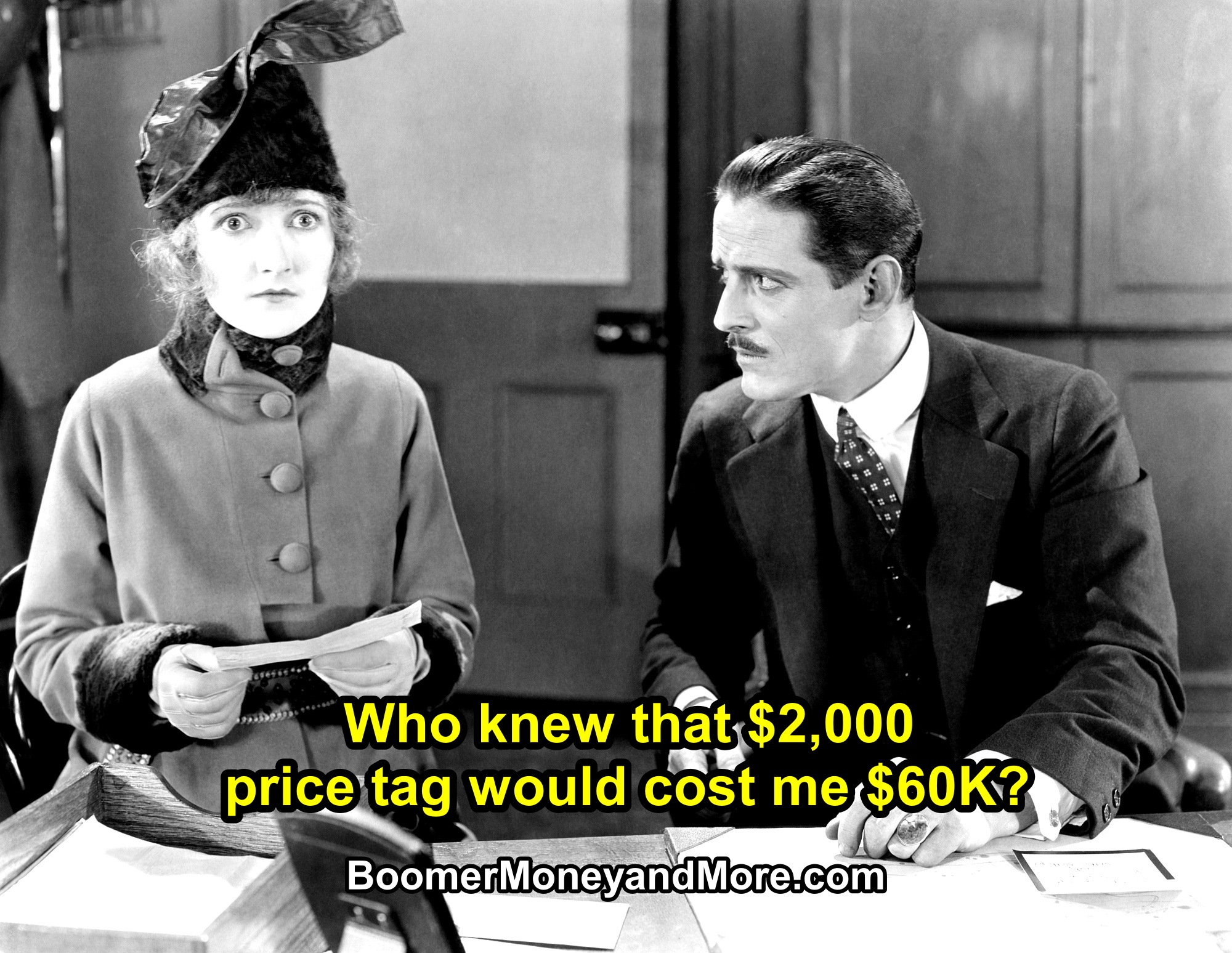 The takeaway:  We just might outlive our money if we don’t *truly* grasp the power of compound interest and  ignore the money habits of our peers.  Here’s how a single purchase morphed into real money.

I knew what the price tag said, but not what the thing would really cost.  Because price never tells you how much money you’re really giving up.  Unlike yours truly, Warren Buffett knew about true costs from an early age. 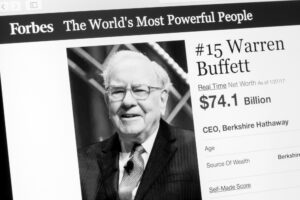 OMG!  This guy finally made enough money to get a haircut!

Power of compound interest–easy to grasp; hard to apply

In her biography, Snowball:  Warren Buffett and the Business of Life, Alice Schroeder recounts how Buffett, despite his wife’s urgings, used to resist buying new cars and getting hair cuts. Instead he’d quote how much money he’d have in the future if he avoided each one and simply invested the cash–letting compound interest work its magic.

On average, the home’s value increased (or compounded) 6.21% a year.  (In comparison, the stock market’s S&P 500 compounded at an annual average of 11.17% during that same period.) 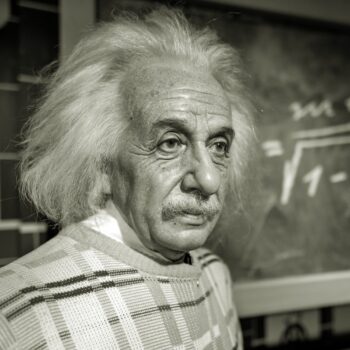 It’s no wonder that the greatest physicist of all time, Albert Einstein, called compound interest the eighth wonder of the world.  Not surprisingly, Warren Buffett calls it an investor’s best friend.

And speaking of friends, Buffett seemingly couldn’t care less how his friends spend their money.

Indifference to how our friends and peers spend their money.

Most financiers at his level live in Manhattan or the tony Connecticut suburbs.  In contrast, Buffett lives in Omaha in the same house he bought in 1958, long before he became one of the world’s richest men.  He runs his multinational conglomerate in a city known more for  beef than finance.

Unlike the oracle of Omaha, and despite having an MBA, in my early professional life

If I’ve worn that bracelet more than two dozen times in the last dozen years, I’d be surprised.”

In 1988, I was in an aerobics class when I noticed the instructor had a diamond tennis bracelet.  While I was barely getting my career off the ground, the instructor was the owner of two popular aerobics studios, (all the rage at the time) and had an exercise show on PBS.  Obviously, we were on completely opposite ends of the financial spectrum.

I know I’ve annoyed some of you with this example.  That’s fair.  I annoy myself.” 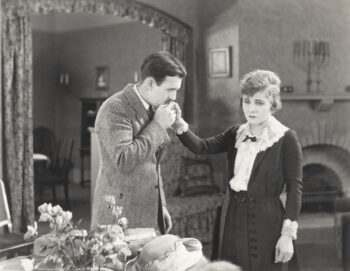 Did I mention I had a car payment, student loan, mortgage, and no emergency fund?

I know I‘ve annoyed some of you with this example.  That’s fair.  My past behavior annoys me too.

The Power of Compound Interest

Figure 1:  Money I’d have had for my retirerment had I
not bought that bracelet in 1988!! 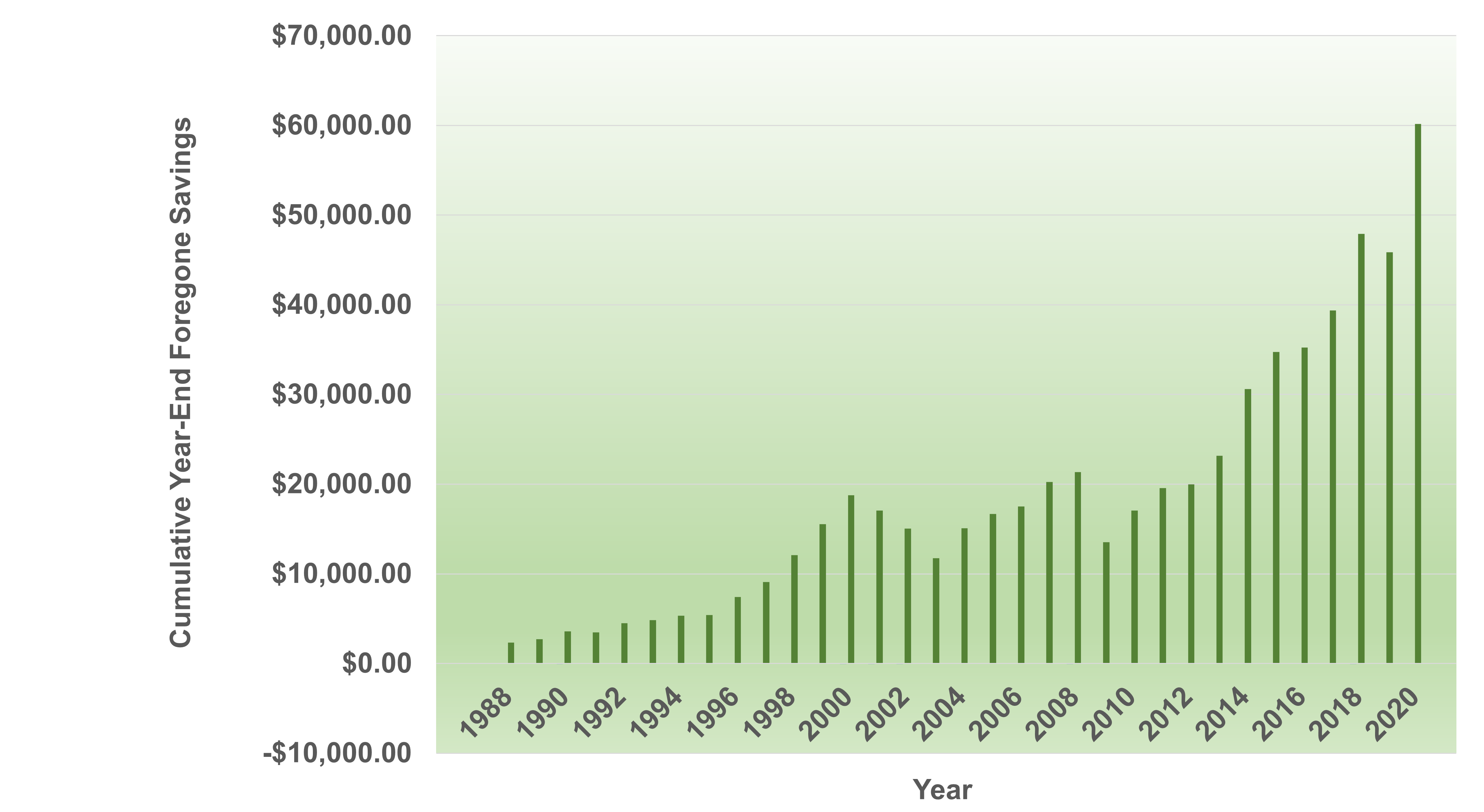 Source:  S&P 500 index returns, including dividends earned, from 1988 – 2020 published in Finance.Google.com and MoneyChimp.com.

In my case, fear, focus, and frugality went a long way…”

Today, that $60K could cover several months of my living expenses.  Not only did I fail to reap the riches that compound interest would have brought, but I allowed something even more insidious to go on with that bracelet.

Failure to exercise indifference to how others spend their money. 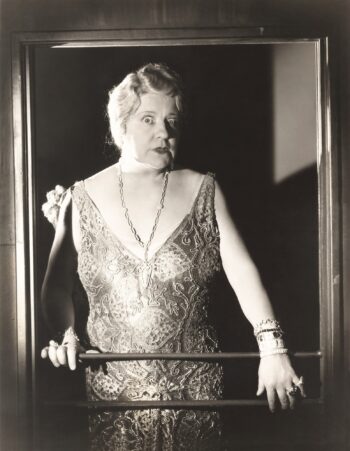 RATS!  The Joneses just got a new car!

I allowed myself to get caught up in wanting something someone else had. Clearly, I was too socially attuned to what others had.  Such attunement is first cousin to keeping up with the Joneses.  Worse, it’s  a straight line to running out of money in your twilight years.

(Since I chronicle how one of the country’s most highly sought-after defense lawyers rode the straight line to bankruptcy at age 83, it seems only fair to publicize my own youthful foolishness in this post.)

Fortunately, shortly after I bought the bracelet, I got hard-core about financial planning.  I had to.  It became clear that a family member of mine would never be able to manage the financial necessities of life.  I’d be providing full and complete financial support.

In my case, fear, focus, and frugality went a long way in building financial independence. 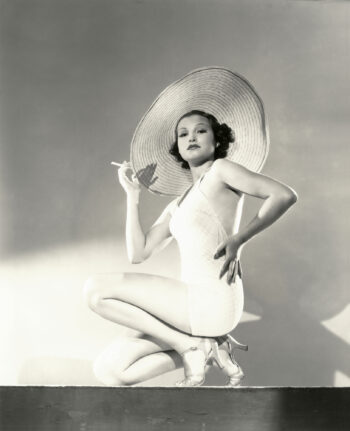 Darling, I no longer care how you spend your money!

Boomer, here’s the thing.  We can’t change the past.  But we can borrow some of Warren Buffett’s traits.  We can ignore the lifestyles and spending habits of our peers.  And we can keep compound interest in mind as we contemplate our hearts’ financial desires.

Both will go a long way in building a sustainable retirement.