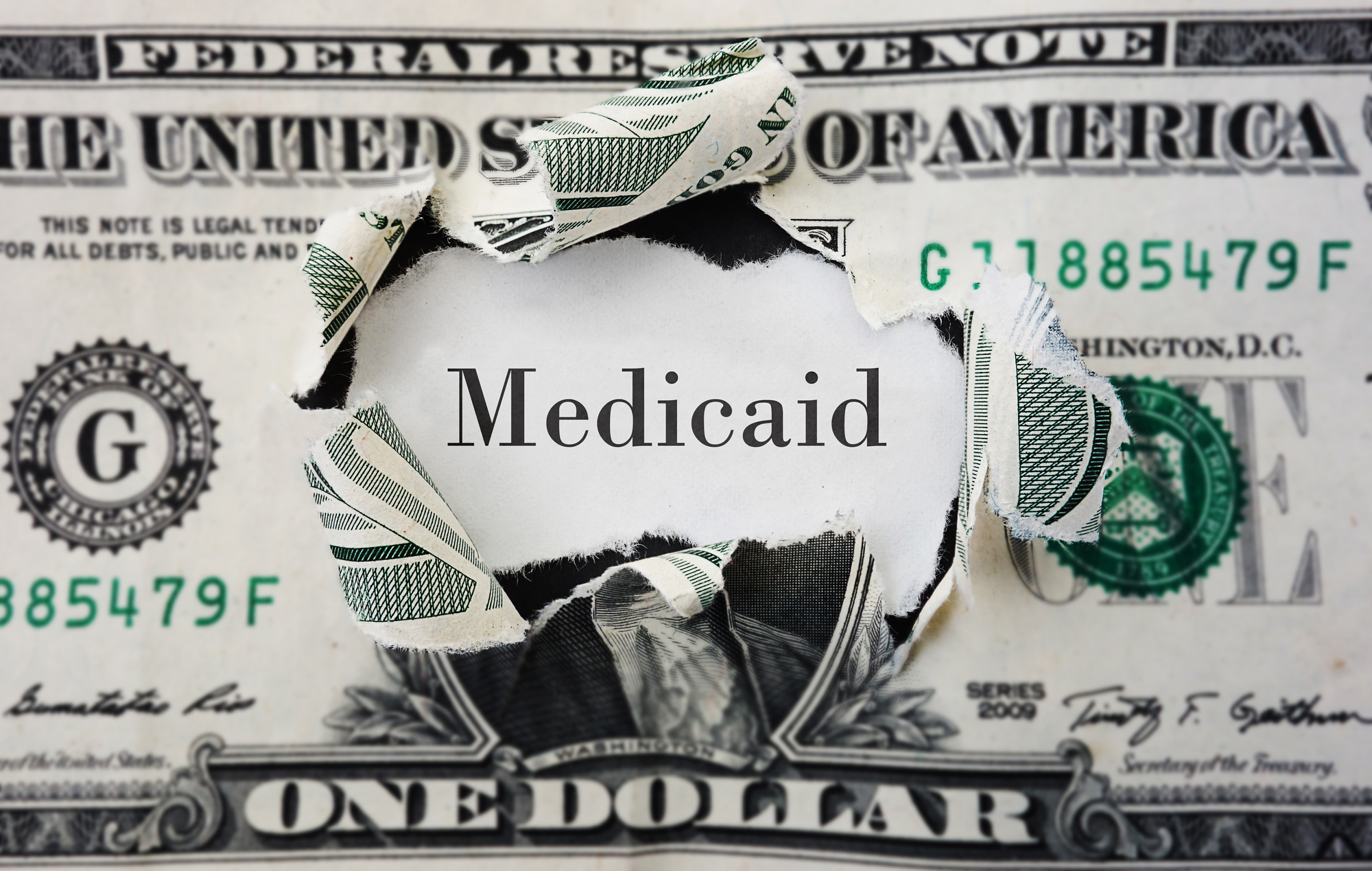 If you’re hoping Medicaid will protect you from the financial ravages of long-term care, you need to know what you’re up against.

The takeaway: Medicaid foots the bill for 62% of all nursing home residents.  Everybody else is paying close to $100,000 a year.  If you want to be among that 62%, you need to know how to navigate the Medicaid system. This post points the way.

After his dad had a stroke, my friend Joey and his mom were shocked to realize that Medicare only pays the first 100 days of nursing home care.

Shock turned to heartbreak when it was clear his dad would require nursing home care far beyond 100 days.

Then heartbreak turned to horror when they realized how much nursing homes cost—currently $8,121 month, which is $97,452 a year.

Joey’s mom tried to get Medicaid assistance with the nursing home bills, but since neither she nor her husband were classified as indigent, her requests were denied.

When her husband finally died, Joey’s mom, who was still in good health, had little left financially.  All the money she and her husband had saved for their golden years had gone to the nursing home.

I’ve lost touch with Joey.  But I still recall the frustration, disappointment, and financial disappointment the family experienced trying to navigate the behemoth known as Medicaid.  What happened to Joey’s parents could happen to any of us–if while hoping for the best, we don’t proactively prepare for the worst.

What could have prevented this scenario?

Although hindsight is 20-20, Joey’s parents might (or might not) have prevented this scenario had they taken two courses of action.

First, twenty years earlier, they could have rolled the dice with a long-term care insurance policy and, as we’ve already discussed:

Second, five years earlier, they could have consulted an expert in Medicaid Planning so that, like 62% of other nursing home residents, their expenses had a chance of being covered by Medicaid.

Today, let’s discuss getting the costs covered by MediCAID.  But first, let’s be clear.  MediCAID is welfare.  MediCARE is health insurance.  (We aid the poor and care for the elderly.)  Among other things, MediCAID pays for nursing home care.  MediCARE doesn’t.

Before we begin, answer me this, truthful Boomer.  Does getting Medicaid to pay for your nursing home care feel unseemly?  How about this:  does it feel unseemly to pay as little income tax as the law allows?

Pay as little income tax as the law requires and you’ll have admirers.  Pay as little as allowed for nursing home care and folks might claim Boomers are ripping off the system.  The “system” has been codified in law.  The law charges you with paying exactly what’s required.  Nothing more.

What four things do I need to know to get nursing home costs paid for?

To be among 62% of nursing home residents whose care is paid by Medicaid, you need to know:

Navigating the system is not for amateurs, Boomer.  Let’s look at each of these four.

#1.  Know the general requirements to qualify for Medicaid.

Medicaid is federal operated in conjunction with each state, whose Medicaid requirements are individualized to that particular state.  It’s a program designed to provide health coverage for the disabled, children born into poverty, and the frail elderly.  In short, Medicaid is a program for the indigent.  (With nursing home costs approaching $100,000 a year, you—and your family—could end up indigent without advanced preparation.)

Medicaid is a lot like the U.S. tax code–filled with loopholes and hard to understand. Folks with the fancy lawyers pay less.”

It’s hard to prepare for Medicaid eligibility in advance because Medicaid is a lot like the U.S. tax code.  The requirements are hard to figure out.  In addition, folks with fancy lawyers protect more of their assets. They suffer less financially than the rest of us.

I’m no lawyer, fancy or otherwise.  But as a public service, here’s a general list of Medicaid’s requirements.  I’ve relied on several sources, not the least of which is the work of Gabriel Heiser.

He just so happens to be a fancy lawyer and breaks it all down in his wonderful book, How to Protect Your Family’s Assets from Devastating Nursing Home Costs:  Medicaid Secrets)  (I receive no compensation for any of these referrals. ?)

I also found the websites of Ralph Robbins,CFP© as well as MedicaidPlanningAssistance.org to be helpful.  (You might also.)

If a woman has a great salary, say $20,000 a month, Medicaid doesn’t require that that salary to go toward her husband’s nursing home care.“

There are two general requirement to qualify for Medicaid: 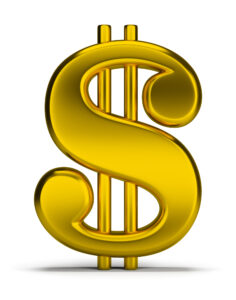 Income is defined as:

Although dollar amounts in your state may vary slightly, the maximum income allowed is shown below.

Example: If the live-at-home healthy spouse has a job paying $20,000 a month, that money is hers to keep and use how she wishes.  Medicaid doesn’t require it to go toward her husband’s nursing home care (!).

However, the check providing income must be from a company, organization, or government and made out only to her.   It can’t be a personal check written by a private party.

In instances where the stay-at-home spouse earns little or no income, Medicaid will transfer the nursing home spouse’s income to her—up to a maximum of $3,090 a month.

(Other protections apply when one or both members of the couple have incomes below approximately $2,000 a month.  Check Medicaid.gov under spousal impoverishment standards.)

Asset Requirements to Qualify for Medicaid.

The list below is for both singles and married couples.  When one member of a married couple applies for Medicaid, the assets of both are considered in deciding eligibility—regardless of whether the assets are owned jointly or independently.

The one exception to this rule, however, is that the stay-at-home spouse is allowed assets not exceeding $123,600.  This amount is above and beyond any other exclusions noted below.  (Remember, each state varies slightly on these amounts. Your state’s requirement may vary slightly..)

Assets are divided into two groups:  countable and excluded.

“Excluded assets” are not counted toward Medicaid eligibility if they don’t exceed the financial amounts noted below. (Remember, your state may vary slightly.)

Boomer, if you weren’t in a bad mood before reading the above, I suspect you are now.  I’m in a bad mood just writing it.  So, let’s just completely kill the buzz right now, with the second important step to take. 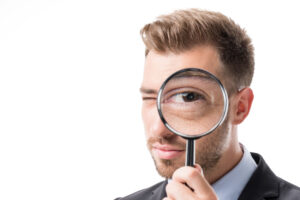 #2.  Know how to find the best expert advice to help you navigate the Medicaid program.

I know.  I, myself, feel slight indigestion at the thought of paying for advice.  But listen, Boomer.  You already know how hard it is to qualify for Medicaid.

Despite this difficulty, 62% of nursing home residents have their costs paid by Medicaid.  If you want to be part of that 62%, a lawyer trained in elder law may be able to steer you in that direction.

No, frugal boomer.  You don’t want your brother-in-law who’s an attorney handling this issue. There’s too much money at stake.”

Look for an attorney with the CELA designation.  The National Elder Law Foundation website lists Certified Elder Law Attorneys (CELA) in your area.  Lawyers with the “CELA” designation have met a host of requirements to become certified in elder law.  This includes a full-day examination testing their competence on a variety of issues affecting you.

There are 400 Certified Elder Law Attorneys in the US.  Call one up, ask their fee, and then get an appointment to discuss “Medicaid planning,” which is code for “sheltering your assets from Medicaid to the extent allowed by law.”

(No, frugal Boomer. You don’t want your brother-in-law handling this.  There’s too much money at stake.)

If you can’t find a CELA attorney, then check out the two sites below.

You really don’t want to go this alone, Boomer. 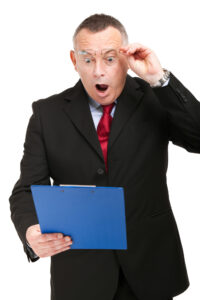 #3.  Know how much expert advice costs.

I called attorneys in different states with the above mentioned CELA designation.  I asked how much an initial Medicaid planning consultation would cost.  Here’s what I found.

Table 1.  Elder Law Attorneys Cost Less than the $8,121 a Month it Costs for a Nursing Home.

In that light, consultation costs feel a teensy bit better.  No?  I think you’ll find lawyers in the suburbs are a bit cheaper than those in the big cities.

Save some money by doing a little advance reading.

When you meet with the attorney to discuss Medicaid planning, your attorney may explain and suggest the following sheltering strategies:

Note:  Not every item listed above is permissible in every state.

Before you meet with a lawyer, you may save yourself some money by having a passing familiarity with these topics—which are all covered in the book mentioned earlier, How to Protect Your Family’s Assets from Devastating Nursing Home Costs. Medicaid Secrets.

On the other hand, you’re paying a lawyer to know this stuff, so if you don’t have time to do advance reading, don’t worry.

Reality Check.   By now you may be thinking that you don’t need a lawyer to help with this stuff.  You can do this on your own.  Be wise, grasshopper.

It’s important to get expert help earlier rather than later for Medicaid planning.  The good folks at Medicaid are on the look-out for Boomers relying on the government’s dime for their long-term care. As such, when you apply for Medicaid, government officials do a five-year “look-back” on your financial activity. 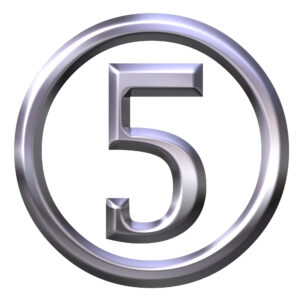 If you try to spend down your assets to qualify for Medicaid, you better have spent it on someone who can demonstrate need–like a child who is blind, permanently disabled, or under 21.  If they see you’ve jettisoned your money by financing your granddaughter’s wedding in Tuscany, or paying your niece’s med school debts, they’ll impose a penalty on your eligibility.

This penalty will substantially delay your qualifying for Medicaid.

Total dollar value of all the assets you’ve gifted over the past five years ÷  average nursing home costs in your state = the number of additional months you must wait to qualify for Medicaid. 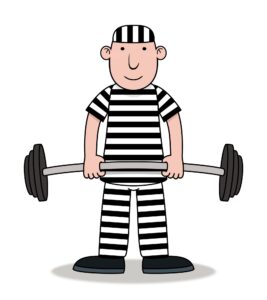 Too bad John didn’t realize this until after he’d spent down all his assets. Uncle Sam forgives almost anything except being stiffed out of the money he’s owed.  (Think Al Capone.)

There’s no limit on the delay that can be imposed.  At this point, John could leave this mortal coil before he qualifies for Medicaid.  The larger the gift, the larger the penalty.

Moreover, if the folks at Medicaid decide to prosecute, you are liable for a host of penalties, including large fines, imprisonment, and public shame to your family.

You’re likely no David to this Goliath.  Work with an expert.

See you next time.

Until next time, Boomer, be optimistic and hope for the best.

But plan for the worst.

PS.  Boomer, if you think this post would help another Boomer, would you consider clicking the social media icons at the bottom of the page?  Thanks.  You rock!

(I receive no compensation for the above referrals. 🙂 )

Long-Term Care Insurance Quiz:  Will I Need It?  Can I Get It?

17 Ways to Get Turned Down for Long-Term Care Insurance.  (And What Happened to Me.)

Three Types of Long-Term Care Insurance: You Might Not Need Any!